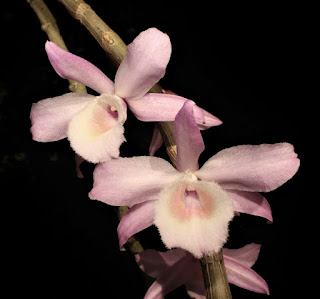 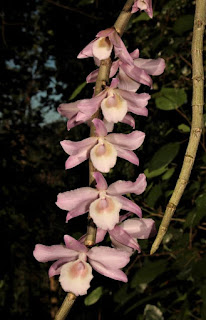 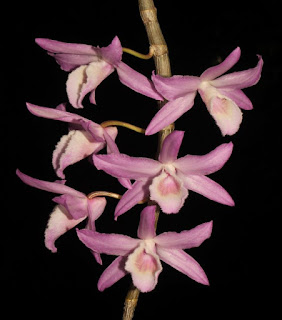 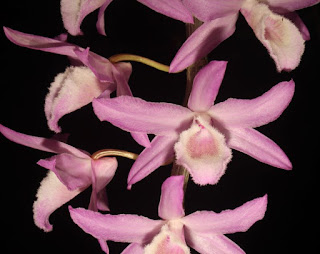 Given all that variability I was very curious how the flowers would look.  The plant grew in a way that is more similar to the primulinum parent than to the anosmum parent.   It produced two canes.  One of the canes produced flowers with a lip that is reminiscent, although much reduced, of the lip of primulinum, the other cane produced flowers with a shape that favored anosmum.  The flowers that resembled primulinum had a sweet fragrance with a distinct “smokey” note, the flowers that resembled anosmum barely had any fragrance.  The plant is still young, it is not clear which size it will attain when it is a full adult in two to three years.

Posted by Ricardo at 9:40 PM No comments: