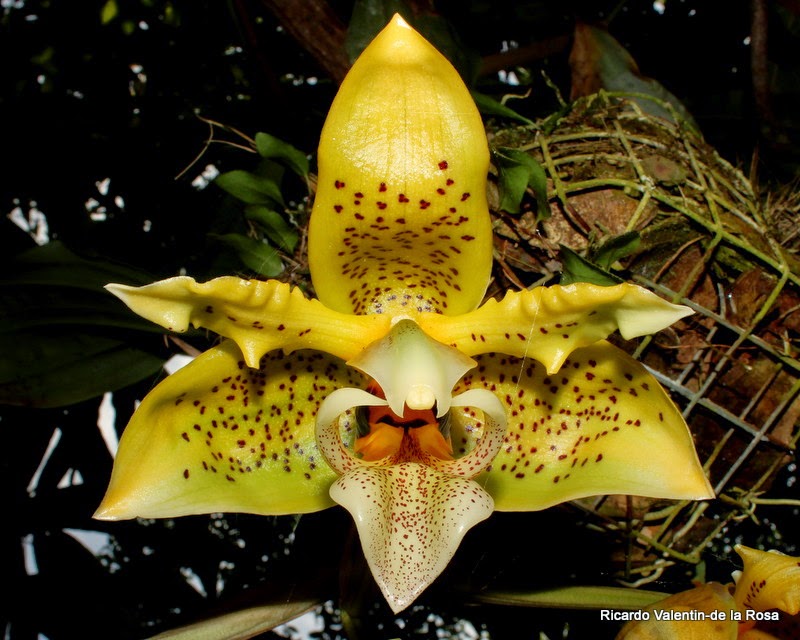 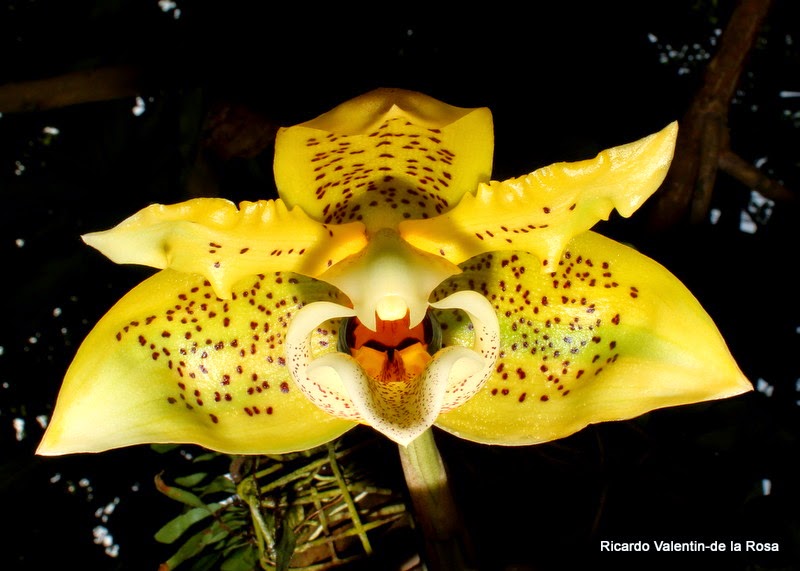 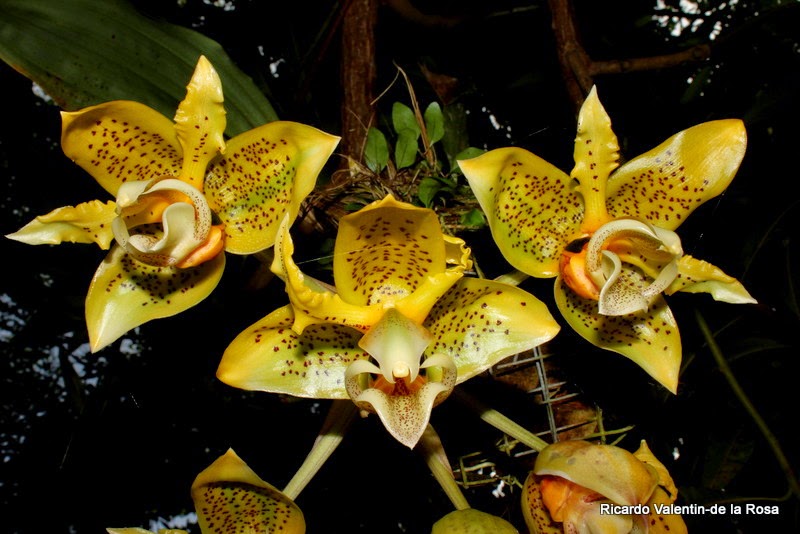 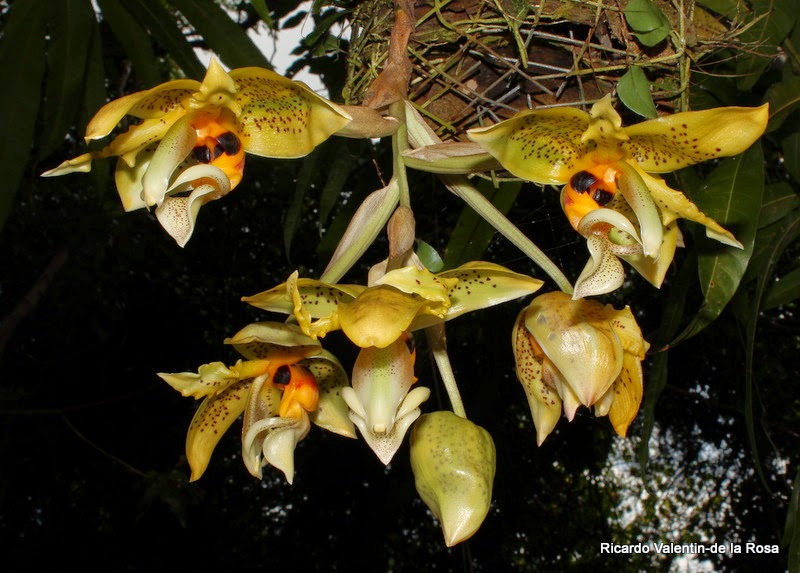 I brought this plant a few years ago from Tropical Orchid Farm.  I potted it in a basket with bark.  As most people that knows this genus would have realized, bark is not a recommended media for this species, due to its pendent inflorescence, which can become trapped in dense media.  But I judged that my plant was small enough that it would take some time to read adults size and by that time the pseudobulbs would have reached the edge of the basket and the media would no longer be an impediment to any developing roots.

I gave the plant generous watering, constant fertilizing and it thrived.  Last year the new growths reached the edge of the six inch basket, growths after that had their bases exposed rather than being sitting on top of the media.  A few months ago the latest growths showed two inflorescences, one at each opposite end of the basket.

The flowers are beautiful and have a good size.   In fact the inflorescence is impressively massive considering the size of the pseudobulbs from which it develops.  The flowers opened well but one collapsed quickly, probably due to the stress of being moved from the mountains to the hot coastal lowlands.  The plant started blooming on Friday  24 of 2014, and I feared that because I was going away for the weekend, when I returned they all might have collapsed, so I took it with me, so that I could photograph the flowers when they were freshly opened.

This plant has not represented for me a cultural challenge.  The only special thing I have made for this plant is a custom made basket I made ao I could fulfill the cultural needs of the plant without using a lot of potting media.  The plant is healthy, however it lost many leaves during this year, maybe due to unseasonably dry weather in my locality at a date where it normally rains constantly,