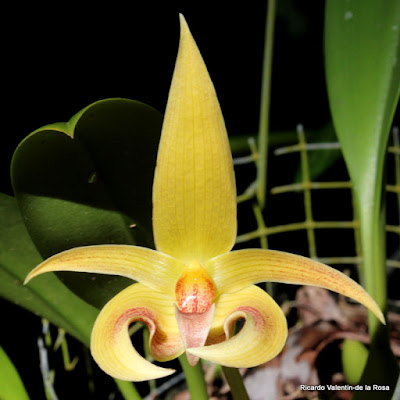 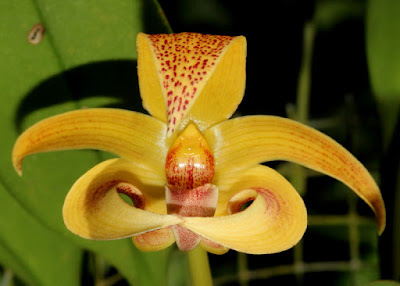 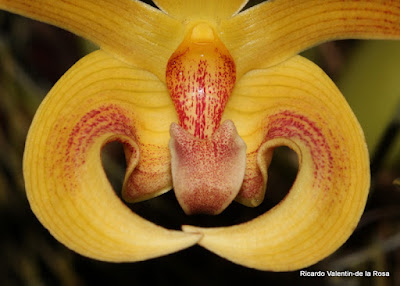 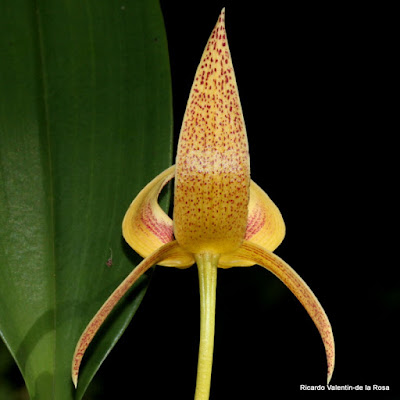 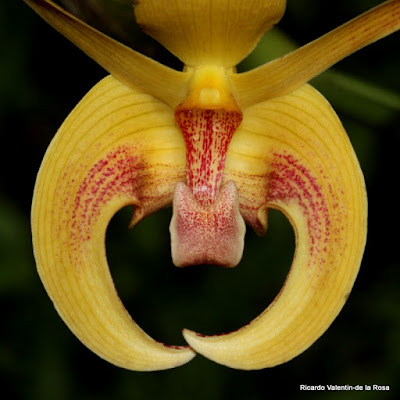 Posted by Ricardo at 7:48 PM No comments: 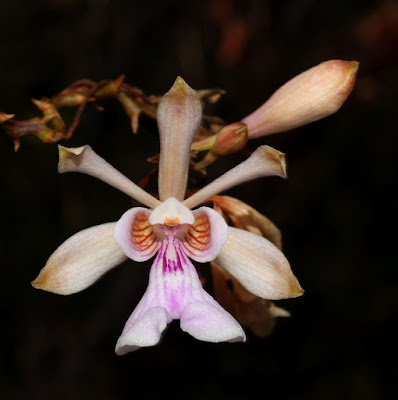 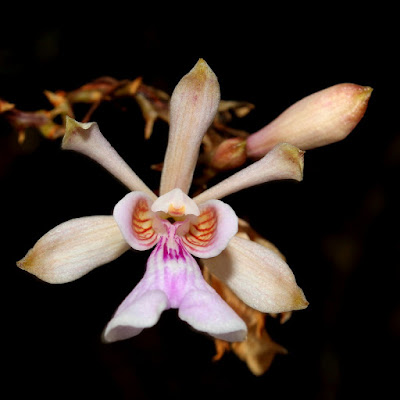 There are vast populations of this orchid in Mona Island, between Puerto Rico and Hispaniola.  There is some variation in the color of the flowers.  I found this pink flower deep in the forests of the east part of the island.  Most flowers of this species have either greenish or pale cream or yellow flower segments.
Posted by Ricardo at 3:00 PM No comments: 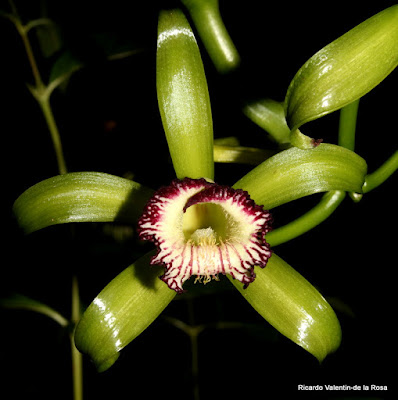 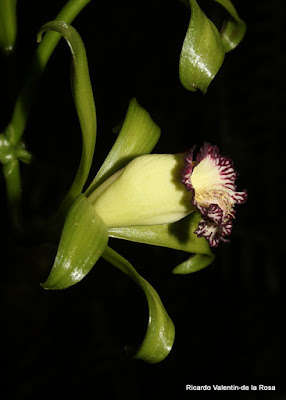 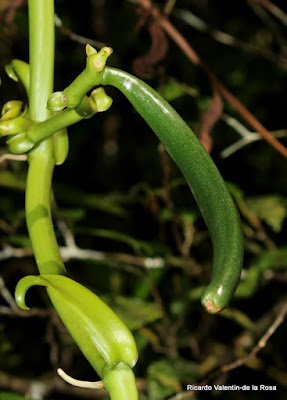 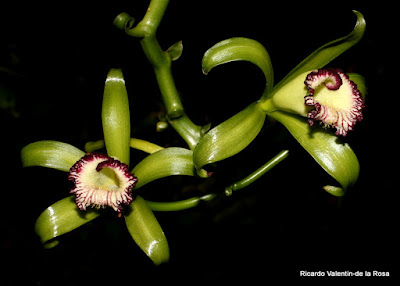 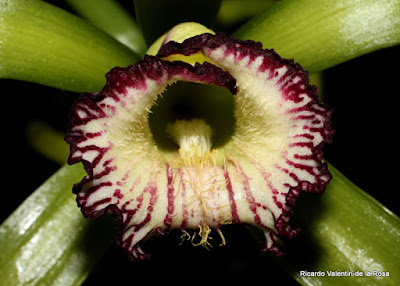 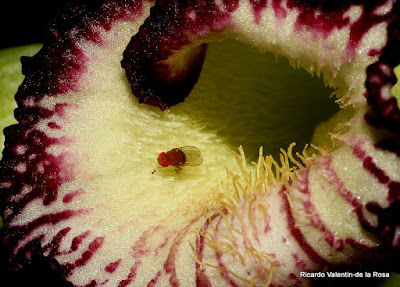 This orchid is endemic of the Bahamas and the Greater Antilles.    In Puerto Rico this orchid is not particularly rare, however few local people, and this includes most orchid growers, are familiar with this plant and its flowers.    I have seen this plant hanging from trees near roads and snaking through the ground in sharp slopes but only very rarely have seen inflorescences and until now, I had never seen the flowers.

A few years back I located a large plant of this species growing in the trees close to the edge of a wetland.  A careful examination of the stems proved highly disappointing, as I could not locate evidence that it had ever bloomed.  The plant is enormous, a real giant, some stems measure tens of feet and descend all the way to the ground from the canopy.   Other stems are draped over bushes and small trees a few are growing directly on the ground but are attempting to climb back into the trees.

I kept returning to the plant each summer to see if it had bloomed.   Last year, to my chagrin, I found that I had completely missed the blooming season, which happens in July.  This year I almost missed it too but in this case because I was on vacation, away from the forest, during the peak of the blooming.

Although the plant, or plants, it is hard to tell given the way the stems are tangled, is quite large, it only blooms in the section of the plant that is facing an opening of the canopy in the direction of the edge of the wetland.   The plant produced about ten inflorescences in this small section and none at all in all the stems that were in the deep shade.    The flowers are ephemeral and last in perfection a single day.  I found a developing seed capsule in one of the inflorescences, none in the others, but there are still a few that have not yet bloomed so there is the possibility the plant will produce additional capsules.


I will keep visiting this plant to see if I can take photos of other flowers and to check how many seed capsules it produces by the end of the blooming season.
Posted by Ricardo at 7:59 PM No comments: