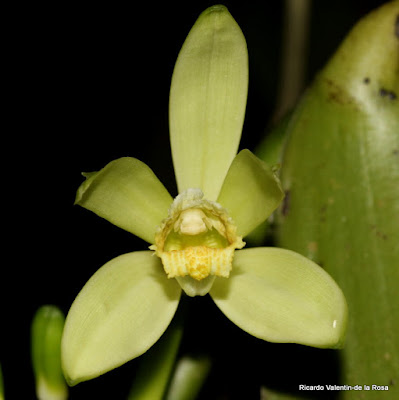 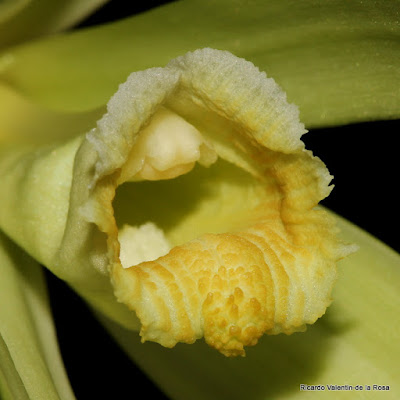 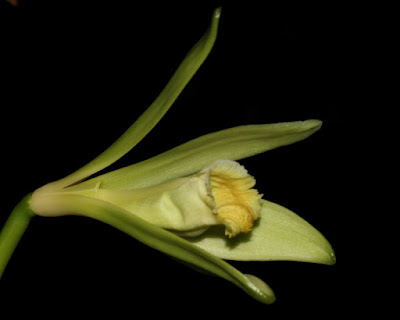 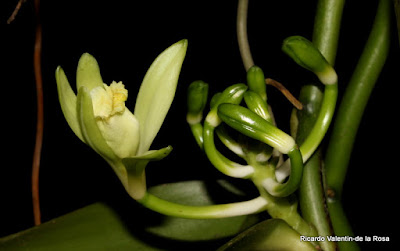 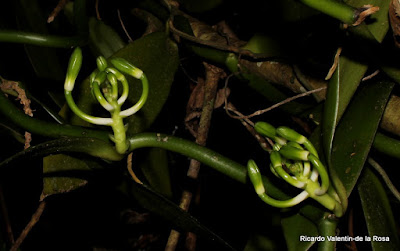 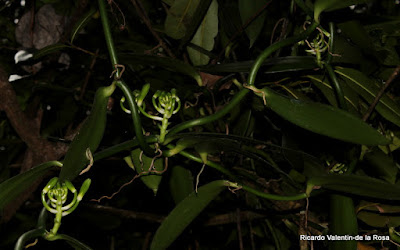 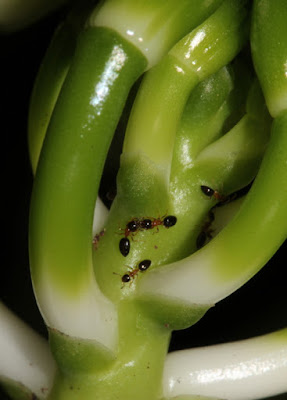 I found this orchid some years ago during a hike in the Rio Abajo forest.   The orchid was growing over several living trees, on stumps and on some places crawling over the fallen branches and the leaf litter.   In this small spot of the forest the stems of this orchid were all over the place.  However my enthusiasm over finding this plant was tempered by the fact that I could not find any evidence that the stems that were under eye height, and therefore accessible to being photographed, had ever bloomed.  Some of the stems were fifty or more feet up in the trees and I surmised that it was there, where the plant was exposed to the greatest sunlight, that the flowers were produced.


This orchid is used to produce commercial vanilla, it is native of Mexico.    This orchid seems to be doing quite well on its own.  I have only found a single seedling, it growing at the base of a huge teak tree.  Unfortunately, the small plant didn’t survive when snails attacked it.    All the other plants I have seen have been either large adults or pieces that have fallen from the canopy and are starting to produce roots and climbing growths.
Posted by Ricardo at 3:24 PM