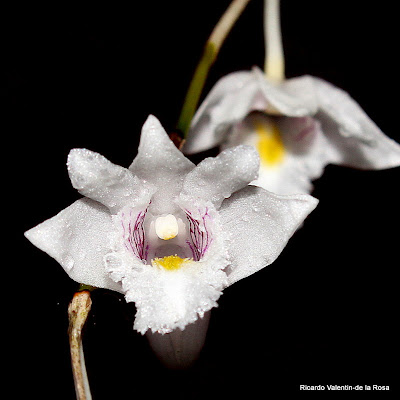 I brought this Dendrobium back in the spring out of curiosity.  The plant adapted well to the climatic conditions in my garden and proceeded to produce several new growths that are still inmature.  The two largest canes, which were fully developed when I brought the plant were the ones that bloomed.  The canes are about two feet long but I am sure that as the plant get larger and older it will produce longer canes.  At the rate it is producing new canes it is entirely possible that in two or three years it will be an impressive specimen plant.  Unlike the flowers of the Dendrobium crumenatum which last only a single day, the flowers of batanense last three days.  The canes are flattened and hardly resemble a typical Dendrobium.   In this blooming there were only eight flowers, four in each of the two inflorescences.  This plant has been classified as an Aporum and as Ceraia. 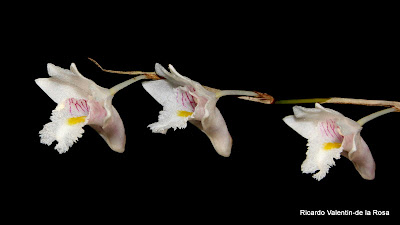 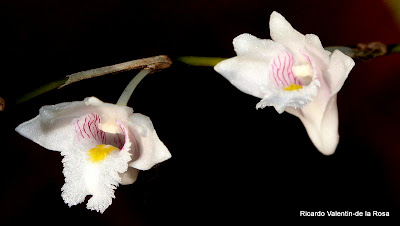 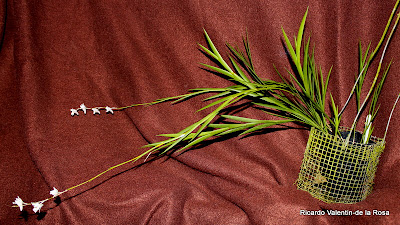 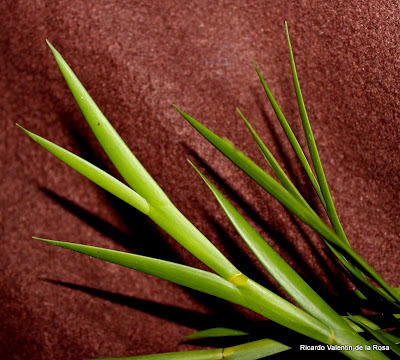