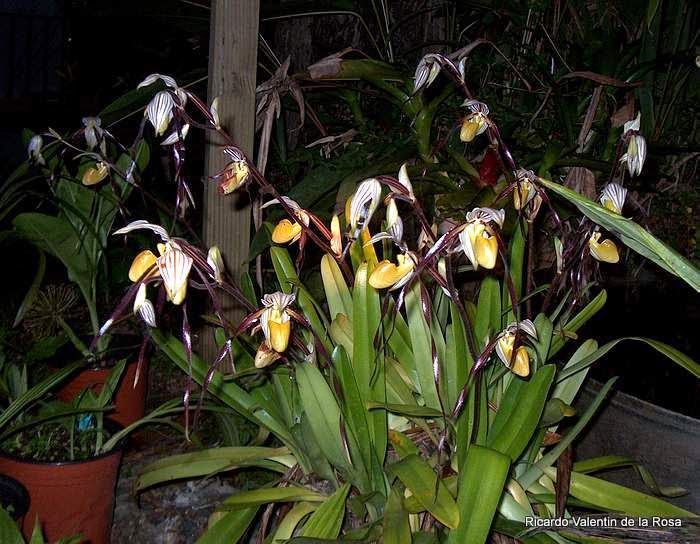 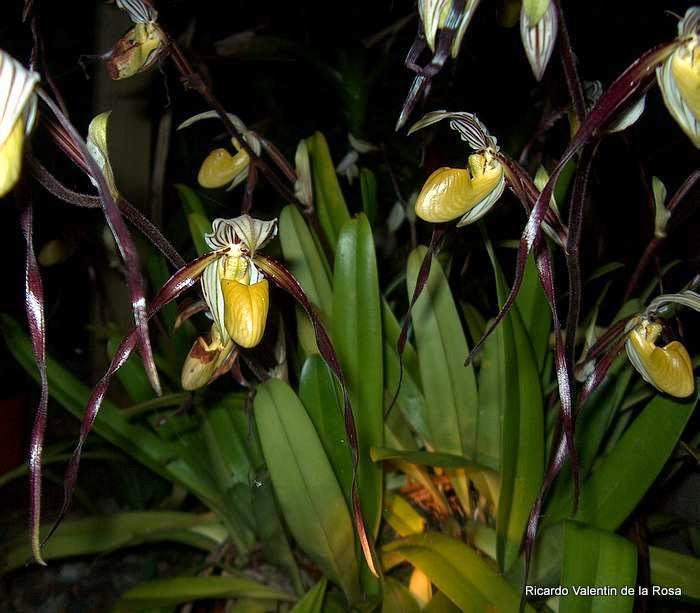 I brought this plant 1992, as a two fan division of a larger plant.  It was the first Paphiopedilum I ever tried to grow. It adapted to the growing conditions in my locality without any problem.  It has bloomed in 21 of the last 22 years.  At times it has produced more that forty flowers at the same time.  It has proven to be an easy orchid to grow in Puerto Rico.  However it demands attention to the state of its potting media.  Decayed pottting media will cause the plant to lose vigor, start losing leaves and to bloom poorly.

Watering:  Most of the year the local rainfall supplies all the water this plants needs, only in the driest months do this plant has to be watered.  Watering it twice a week in the dry season is enough to keep the plant healthy unless it is very hot and windy.

Fertilizer:  This plant gets fertilized only when it is producing new growths.  In its growing season it get a high nitrogen fertilizer.

Potting:  I pot it in middle sized bark, in a plastic pot with a layer of two inches of foam peanuts in the bottom of the pot.  The media has to be changed at least every two years or the plant health will decline.  It is currently growing in a 12 inch wide pot which it fill completely with its growths.

Pests:  Few, rarely waxy scales colonize the leaves, but this is a pest that is easily controlled by simply rubbing them carefully off the leaves using alcohol.

Notes:  My particular clone of this orchid doesn't like to be wet all the time, it grows best when the media is allowed to approach dryness before being watered again.