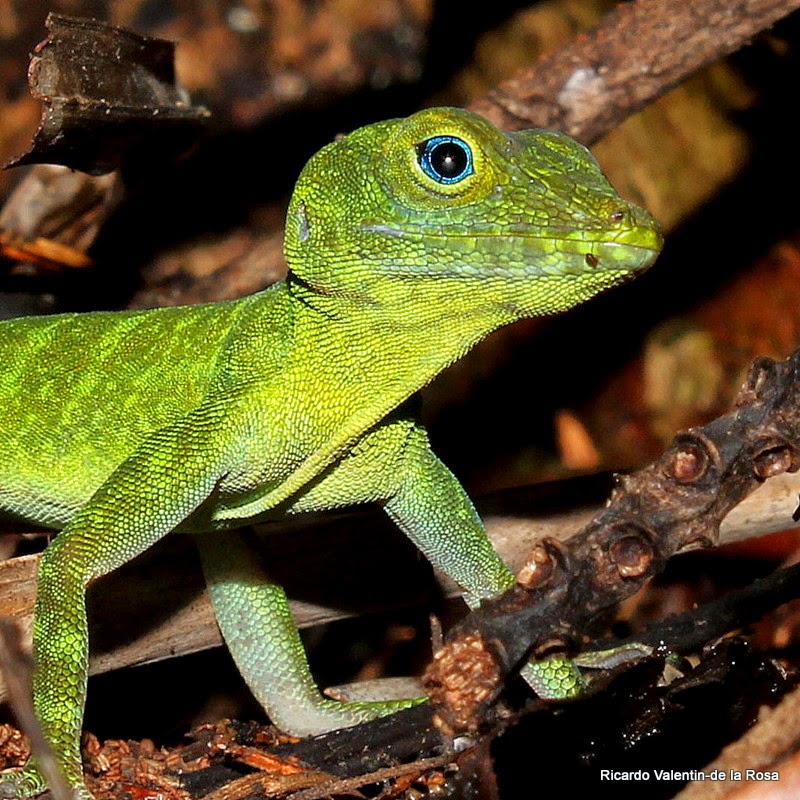 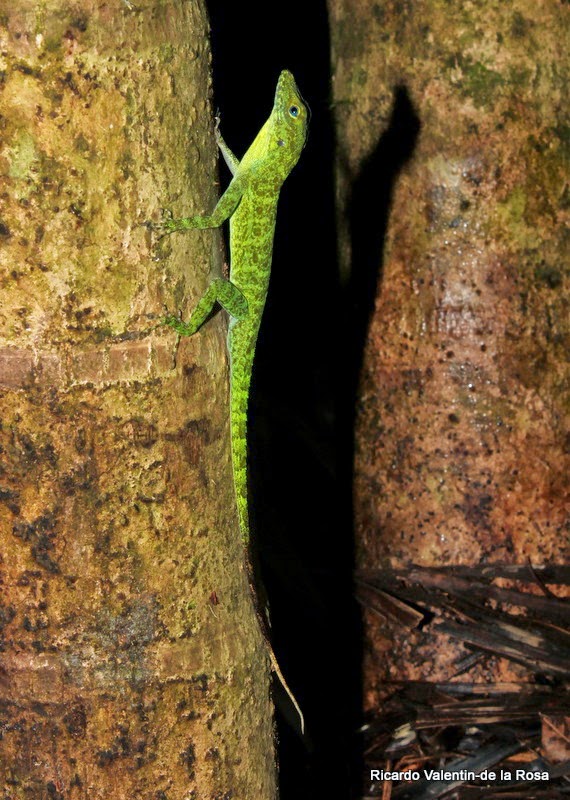 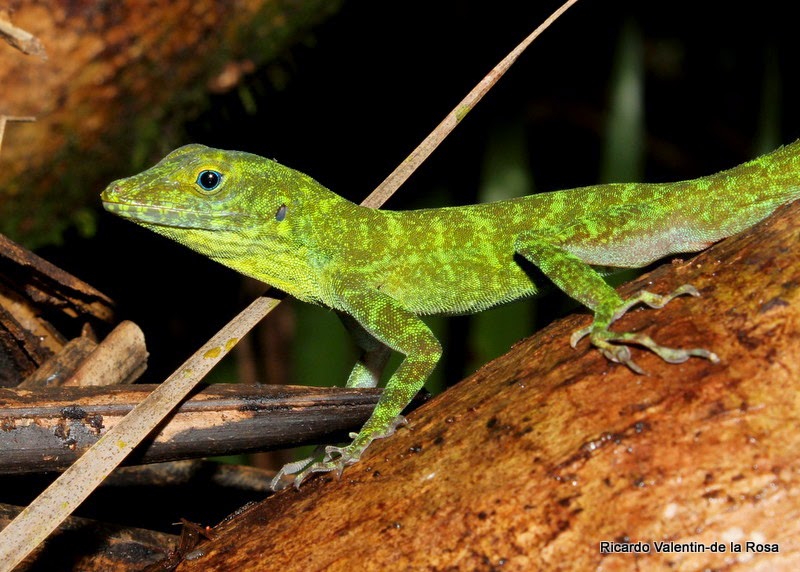 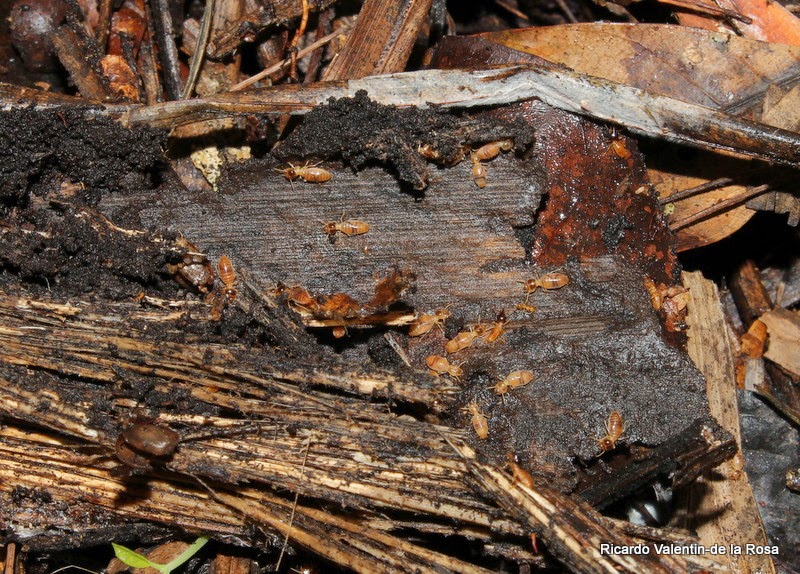 Today I was cleaning the patio and decided to remove an accumulation of sticks and leaves that had developed under a clump of palm stems.  When I did this, I broke several tunnels that termites had made into the leaf litter mass.  As a result worker termites were exposed, as well as a few warriors.  This is not an unusual event so I continued cleaning.  Then I noticed that an Anolis evermanni was eating the worker termites.  Anolis evermanni are normally an even green color.  This one had an overlay of darer green bands.  I attribute this to the excitement caused by the presence of an abundance of prey.  Anolis evermanni has shown a breathtaking amount of behavioral flexibility in the laboratory.  From what I saw while taking the photos, this particular lizard regarded me as an annoyance, but also as essentially harmless.  That's why I could get so close to it.  These lizard see me daily as I do garden chores or just walk around.  This might explain the boldness of this one, or maybe it was very, very hungry.  Anolis only eat the workers, the warriors have dark pointy heads full of a distasteful toxic glue that the lizards seem to loathe.
Posted by Ricardo at 7:12 PM