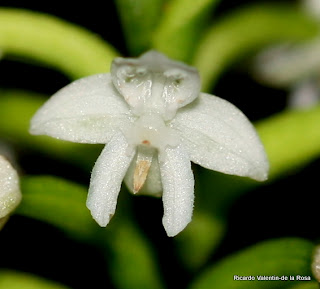 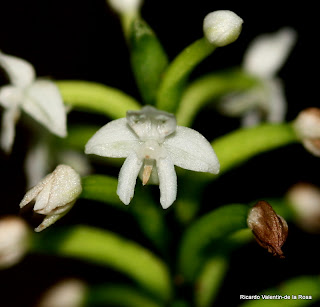 This terrestrial orchid can be common in its preferred habitats in moist forests areas at higher elevations in the mountains of the island of Puerto Rico.  I have found it growing in roadside areas and places in the forest where a tree fall or some other disturbance has opened the canopy and allowed unfiltered sunlight to reach the forest floor.  I have also found it in grassy areas near the towers at the peak of El Yunque.  The diminutive white flowers are not of horticultural interest and these plants are not, as far as I know, in cultivation.  These plants are generally deemed uninteresting except by a tiny group of orchidists that like native orchids.  This plants are of a small stature and unremarkable when out of bloom.