Dendrobium MacPerson, the first of my plants to have flowers in 2015 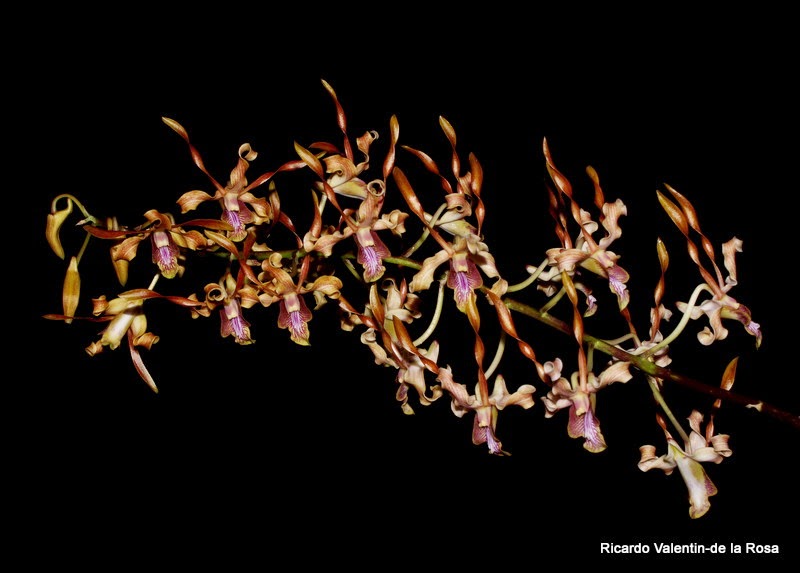 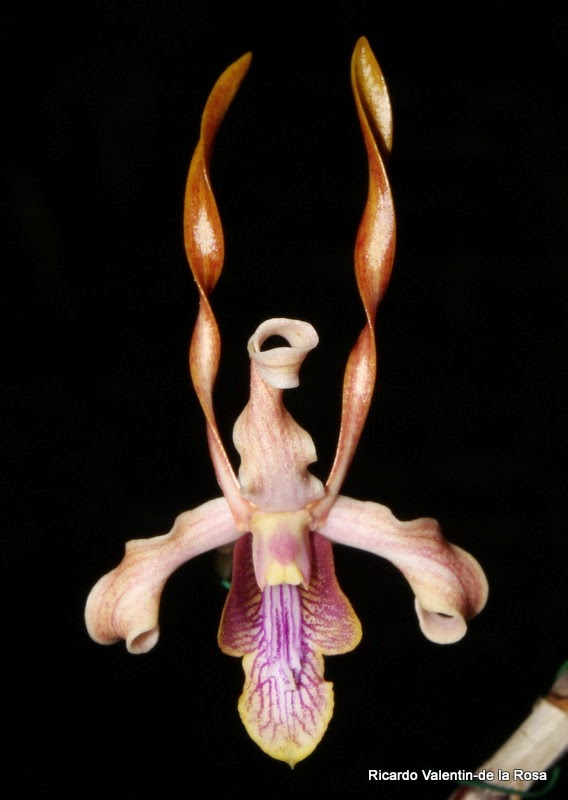 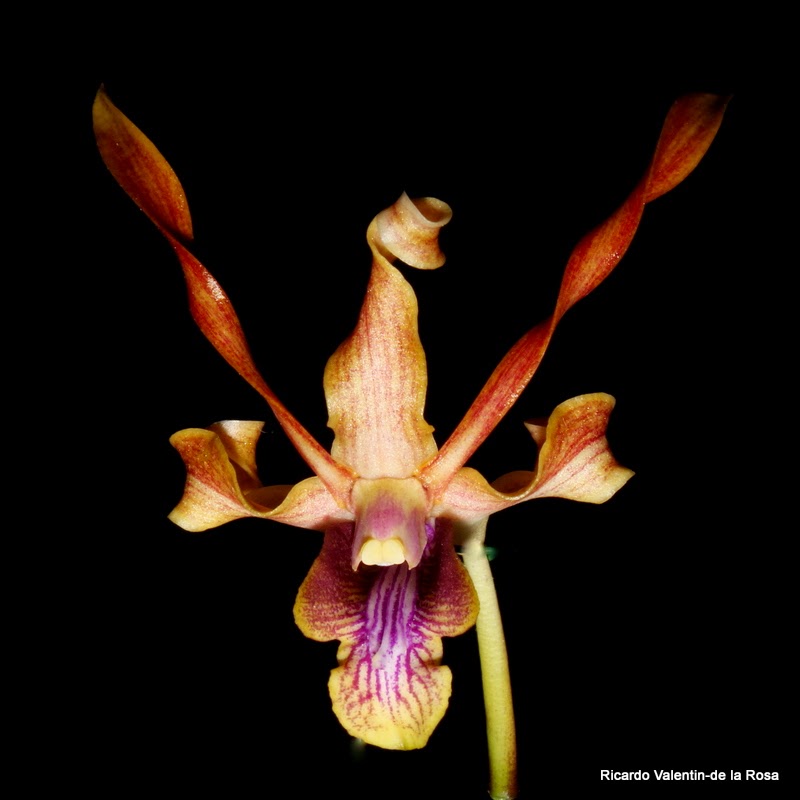 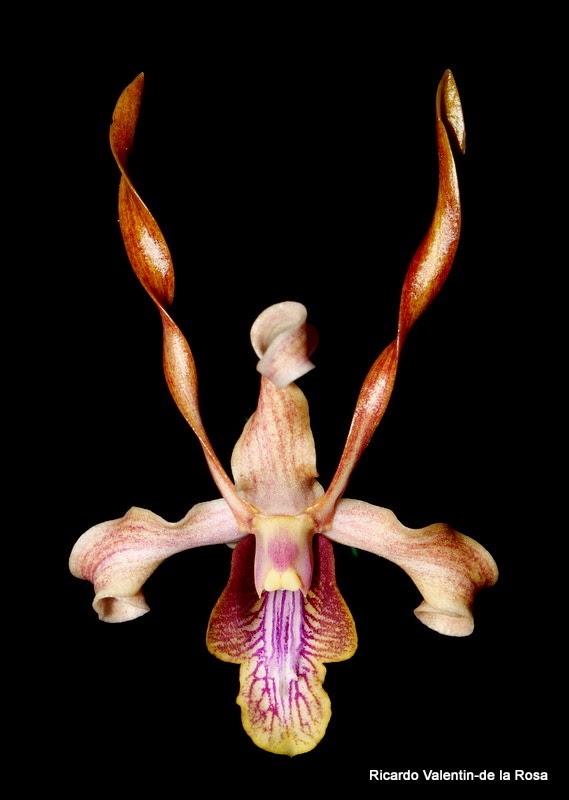 A few years back I brought a number of plants of this species because they were labeled Den. helix.  As they bloom during the year I document the differences between the different clones.  In this one the pink is confined to the sepals while the petals are orange.  Some flowers show a bit of orange color on the sepals.
Posted by Ricardo at 10:39 PM