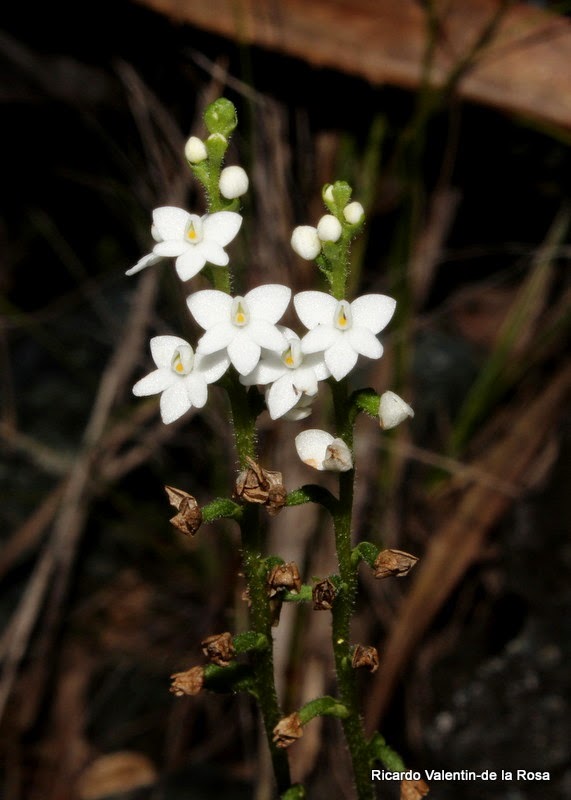 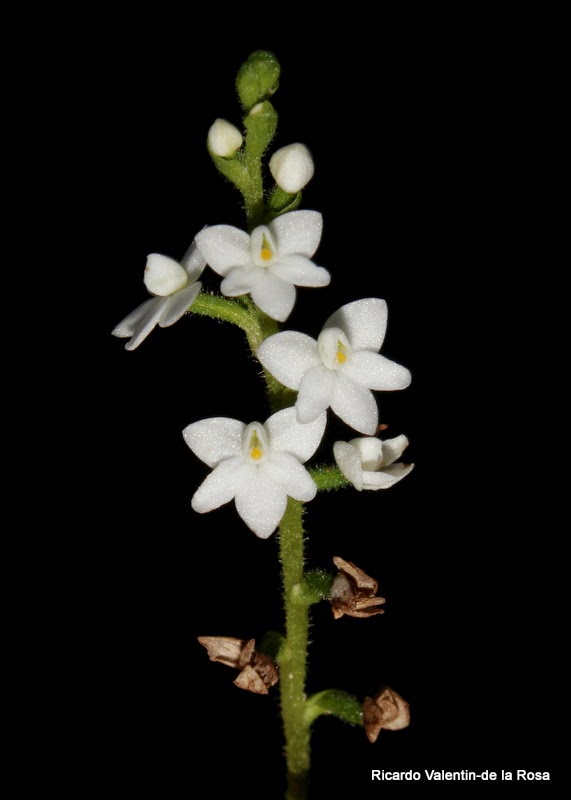 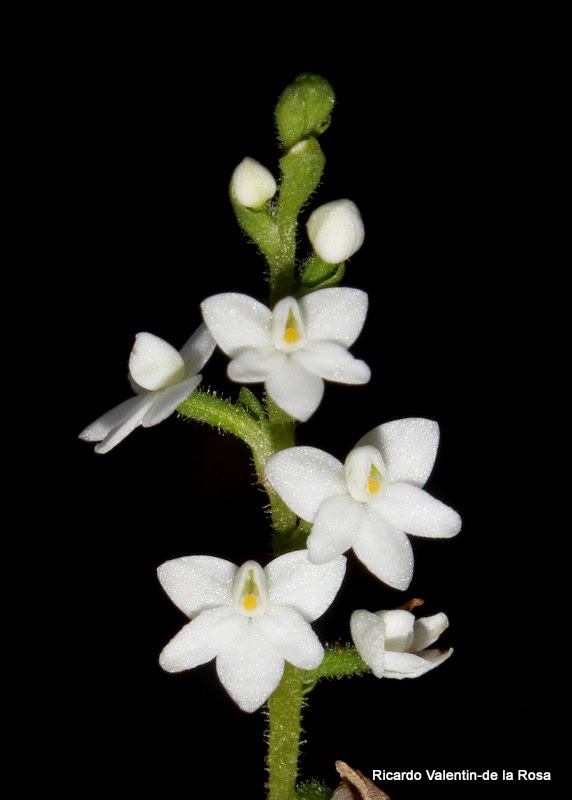 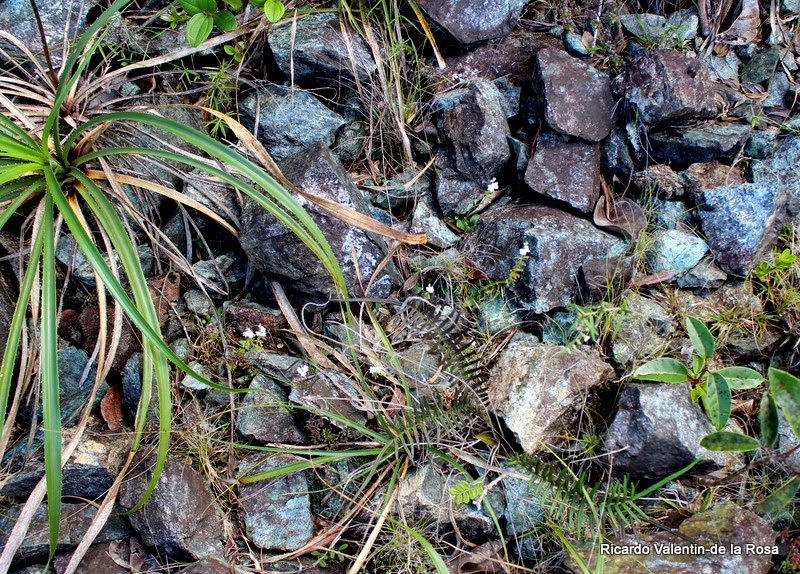 I have always found the Maricao Forest a very interesting place to visit.  I have visited it for decades now.  Close to the year 2000, I found a truly huge patch of Prosthechea pygmea.  Unusually for the species many of the flowers were wide open.  Unfortunately, I didn’t have a camera with me at the time so I made a resolution to return to photograph the species.  Sadly when I returned a rockslide had happened and all the plants were buried under meters of rock.  The thriving community of plants was replaced by an utterly lifeless expanse of serpentine rock.

With the hope that the Prosthechea would eventually come back, I have kept visiting the place.  The first few years there was little to see aside from algae and lichens.  Then a few grasses and bromeliads appeared.  Now after more than ten years a small community of plants have taken hold on the rockslide surviving on a meagre layer of leaf litter.

The first orchid that appeared was Epidendrum ackermanii, you could find stunted plants of the species growing in a few places.  But the plants were small and their leaves bright red from the fierce sunlight.  I also found Eltroplectis calcarata, usually at the edges of the rockslide on bushes that survived the rockfall by a hair.

In my last visited I explored the whole length of the rockslide and again failed to find Prosth. pygmea, however I spied some tiny white flowered plants growing between the stones.  To my delight, I realized that I had found an orchid plant that I had never seen before.   It turned out to be Cranichis tenuis.    I had seen photos of this plant in the Maricao forest in 2012, in Flickr, taken by Lucas Limonta so it was fairly easy to identify them.  There were only few plants in the patch I found.

The rockslide is not a pleasant spot to be and the complete lack of trash makes it clear that very few people ever go by that area so I think the plants are fairly safe from collection.   Also the plants are inconspicuous and very easy to miss among the rocks and other small herbs, In fact I would have missed them completely if I had not been specifically searching for an orchid that is itself small statured.

This plant is a Greater Antilles endemic, it is found in Cuba, Hispaniola and Puerto Rico (Ackerman et al.).  The plant is classified as rare.  It grows on limestone and serpentine soils at heights 650 and 800 mts.