Dendrobium delacourii Guillaumin 1924, this is the first plant of this species that I have seen blooming in Puerto Rico 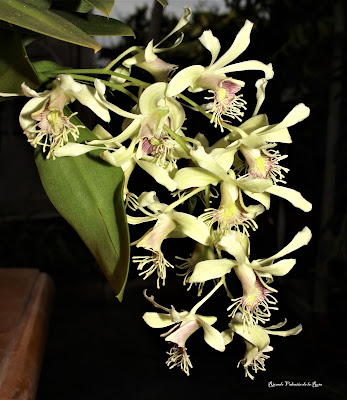 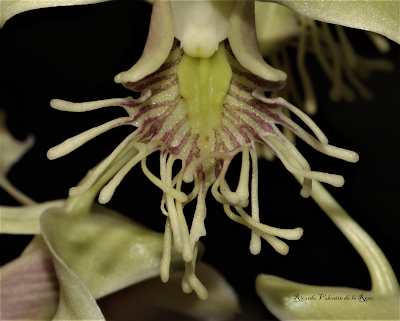 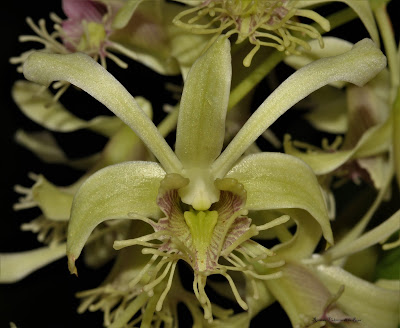 Many years ago I tried to grow this species.  In spite of my best efforts, it eventually left my garden for the great, happy, terracota pot in the sky.  I regarded it as a cool grower that would slowly shrivel and die if cultivated in the sweltering climate of coastal Puerto Rico.  But it is now clear that this plant will not only grow and thrive in the hot coastal lowlands of the island but also bloom.  My friend Karlo Javy allowed me to photograph the flowers of its plants.  The true Dendrobium delacourii is a miniature plant with canes that are quite small and measure only a few inches, between four and six.  There are other species with similar flowers but in those, the canes are larger than those of delacourii.  This orchid is in a garden in the very heart of the metropolitan area of San Juan, the capital of the Island of Puerto Rico.  The coastal lowlands of Puerto Rico can get pretty hot, with temperatures reaching into the high nineties.  On windless days it can feel as if the whole island had been dropped into an oven.  But this plant is doing well and has bloomed repeatedly.
I find the flowers of this orchid particularly interesting due to their ciliate lip, a feature that is not common in the genus Dendrobium.
Posted by Ricardo at 6:56 PM

Thank you for sharing this great dendrobium