An orchid story: The Oncidium altissimum that would not bloom 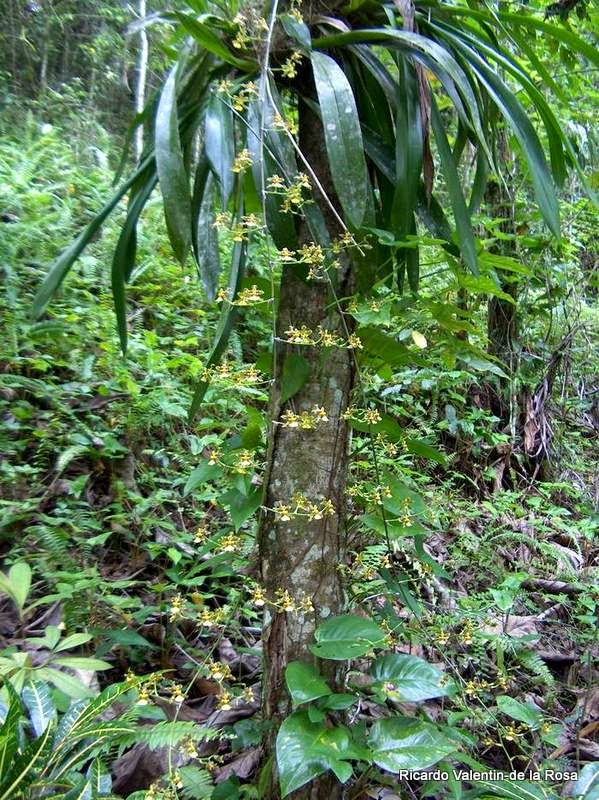 When I was a college student, I was going to attend some athletic events in the capital city of Puerto Rico. I lived at several hours driving distance from the capital, so a friend invited me to stay at his house which is near where the events were going to take place, so I would not have to do a long drive.  It was the first time I had visited my friend's house.  His mother knew that I cultivated orchids and asked me to take a look at one of her plants.  She told me that even thought quite large and healthy,  inexplicably, it would not bloom.

When I looked at her orchid I was impressed, the plant was easily three feet across and had a large number of adult sized and quite fat pseudobulbs.  The plant was in excellent condition and free of pests.  I was baffled, a plant of such size in the wild should have been full of the remains of old flowering stems, which in this species can reach ten feet long.  On her plant there was no evidence that the plant had ever bloomed.

I started asking her questions and soon realized she had no idea how the flowers of the plant looked.  Actually she knew very little about the plant, only that it was an orchid, and that was that.    I could not find anything wrong with the plant or with the care she was giving it.   Then she told me that she had one problem with the plant.  There were some vine seedlings that kept invading her plant and growing on the media.  She had to continually cut them, but to no avail, they, very stubbornly, kept invading her plant in spite of her ruthless campaign against them.

When she said that, I asked her to show me from where the pesky vines would grow.  She pointed me to the bases of the pseudobulbs.  She thought that inflorescences were invading weeds!!  She didn't recognize the inflorescences of the Oncidium because she know nothing about the plant and because the inflorescences grow quite a bit before they produce the branches where the flowers are.   She had spent years cutting the inflorescences.  You might be surprised that such an absurd thing could happen, but this happened in the ancient times before the Internet, when information sources about orchids in Puerto Rico were few and you had to go to a mayor library to get even basic information on common types.

I told her about the inflorescences and how to tie them so that they would show their best.  I had to do this because the plant was growing in a large pot in the ground in an inside garden.   Eventually. the plant finally bloomed with many inflorescences to everyone's delight.