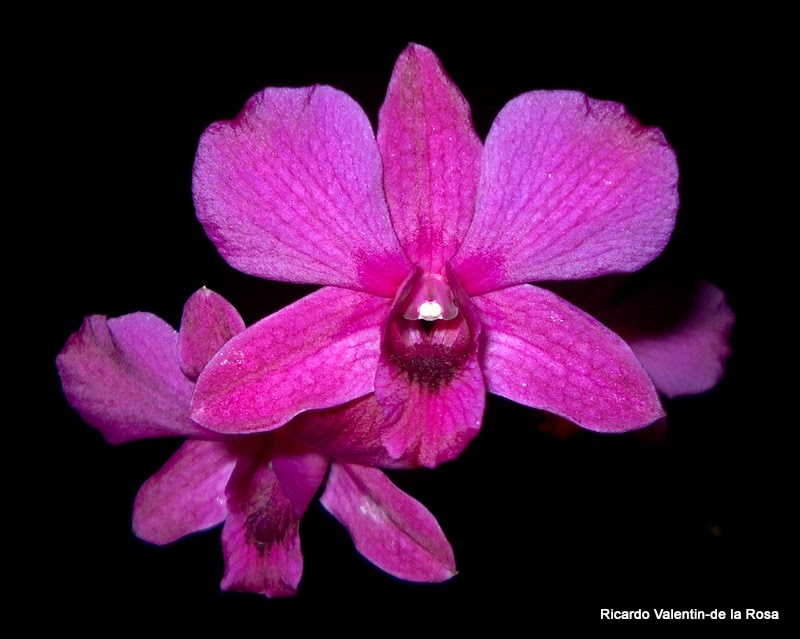 When I was a college student, back in the early eighties, I had a small collection of orchids.  I would spend the week in the town where the university was and come back to my hometown on weekends to take care of my orchids.  My mother would water the plants during the week if it was exceptionally dry but outside that,  she didn't pay much attention to them because she was not really interested in orchids.

One Friday, when I arrived home I went into the shade house only to find someone had broken in.  Only one plant was stolen, a Phalaenopsis aphrodite that was in full bloom.  I was really, really angry and upset.  At that time those orchids were quite rate locally and pretty difficult to get.  It was clear, from the size of the hole on the side of the greenhouse, that the thief had been a child.   I inquired among the neighbors, no, not the adults, the children, they were the ones that really knew everything since they were free range children (is that still a thing nowadays? but, I digress).  But no one had seen anything.   I was unspeakably angry but there was nothing I could do.

I repaired the shadehouse, reinforced the sides so that nobody could make a hole in them and, as I was doing that, pondered on what to do.  The first thing I did was put out some bait.  The bait were some pieces of Oncidium sphacelatum.  They were hung from the sides of the shadehouse in spots where they could be easily reached.  But I decided that this was not enough to appease my thirst for revenge.  Whenever a plant became virused, pest covered or had lost all their roots and capacity to grow or bloom I would take them out of the shadehouse and hang them in the trees around the garden.

I called these plants, the thieves orchids.  To me they were an early warning system in case there was someone was stealing plants in the area.   I an addition I had pleasant, calming, fantasies of the stolen orchids infecting all the other plants in the collection of whoever brought them with all manner of loathsome diseases.  I admit this was very vicious thing to do, but I was young and angry,  nevertheless I still think there is a specially hot place in hell for people that buy stolen orchids.

Contrary to expectations, no orchid was ever again stolen from my garden.  As the years passed by the thieves orchids met a variety of fates.  Some departed for the great, happy, terracota pot in the sky.  Others were given to particularly masochistic people that fully believed they could be cured, and in some cases they were indeed cured.  Lastly, a few were cured by the judicious application of chemical agents and were welcomed back into the shadehouse.

In due time I became less wary and things in my garden returned to their usual blissful tranquility, except for that time a relative decided that by hook or crook, she would get a piece of my huge specimen plant of Myrmecophya humboltii, but that is another story.