Grammatoheadia Boynton Leopard, with most of its flowers opened. 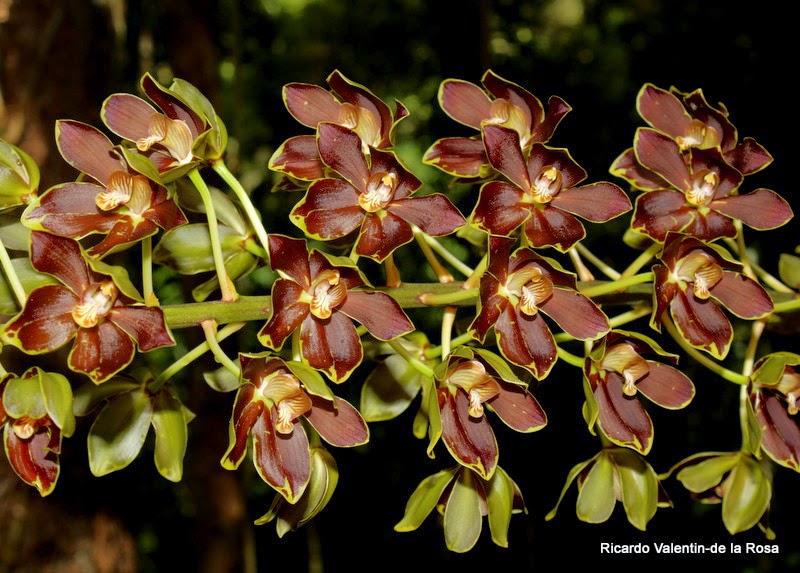 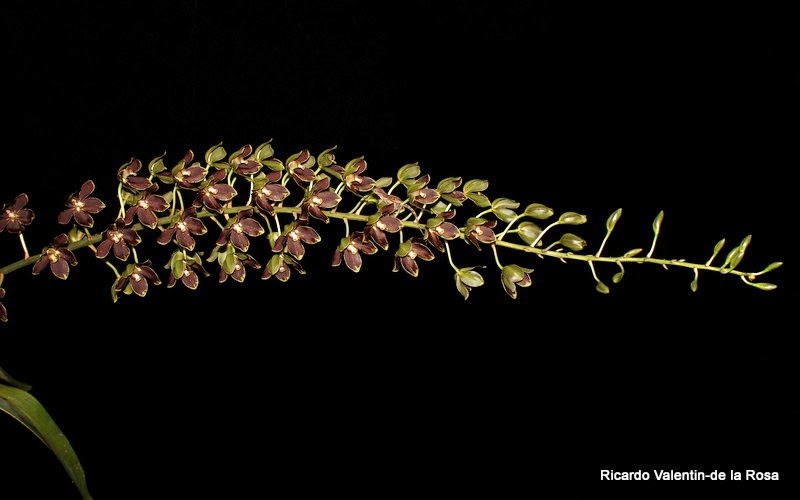 Most of the flowers of the inflorescence of my plant of Grammatoheadia Boynton Leopard are now opened.  Although initially the inflorescence had about seventy five buds, it started dropping a number of them at the tip after most of the flowers were open.  I don't now if this is a natural occurrence or because I moved the plant from its original location to a place next to the house. and hanged it in a shady spot.

This plant is a Grammatoheadia, this is a hybrid genus that is the product of a cross of a Grammatophyllum with a Bromheadia.