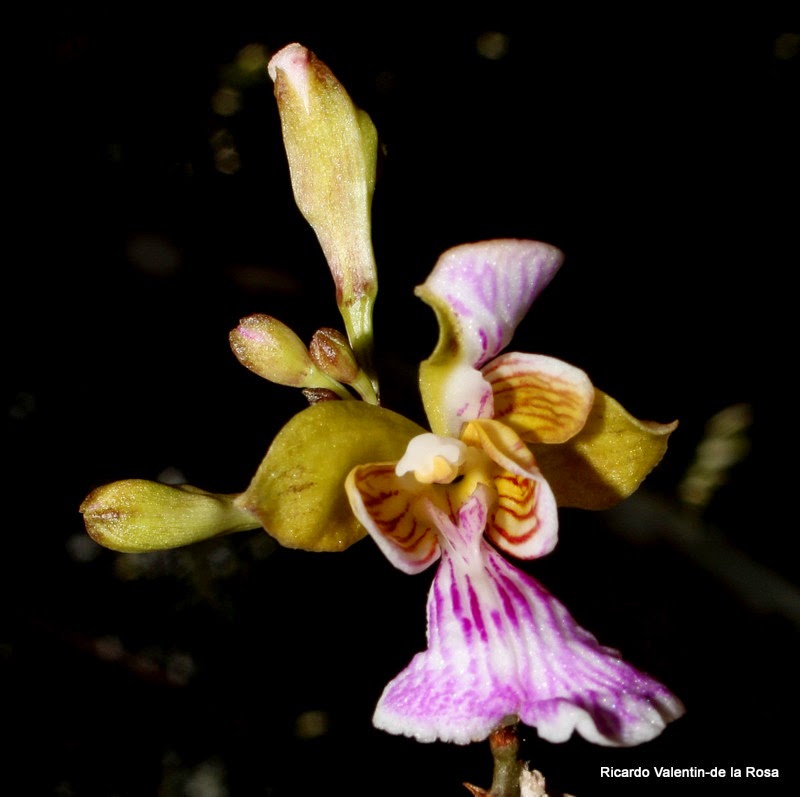 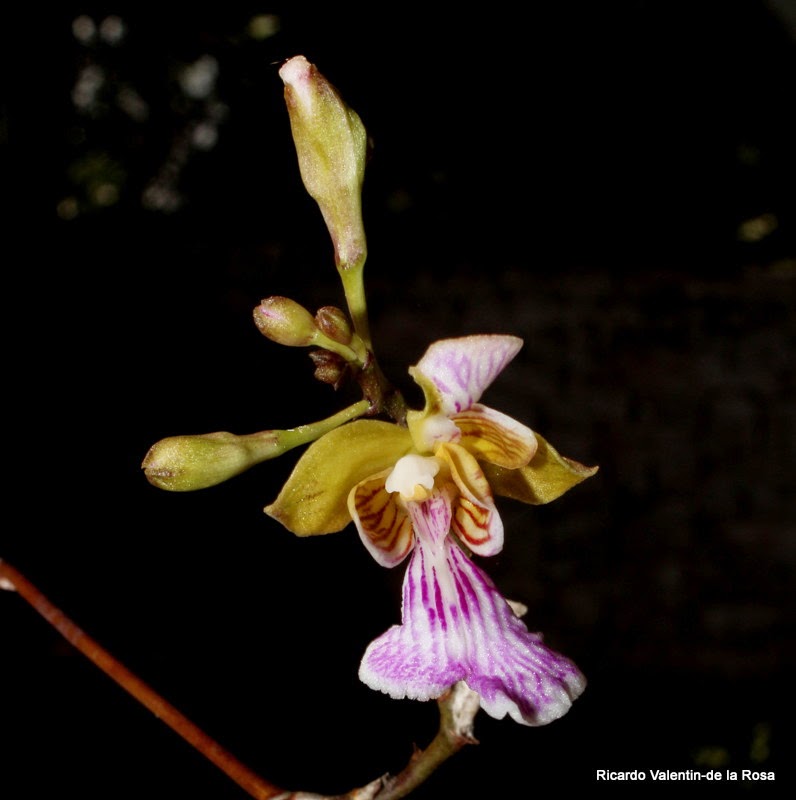 The island of Mona, is in the middle of the Mona Channel, this is between the islands of Hispaniola and Puerto Rico.  The whole island is a wildlife reserve.  Although to most people this deserted island looks pristine, this is an illusion.  The island was subjected to different types of exploitation for centuries.  Its native flora and fauna was often severely damaged both by humans and by introduced animals.

But in the latter part of the twenty century the island was left alone to recuperate and nature is healing the scars left by Man.  The island has several species of orchids, the most abundant by far is Psychilis monensis.  I have seen places in the island where these orchids are downright abundant.  In habitat that is in good condition, large plants of this species can be found growing around the bases of shrubs.  But you can also find these orchids growing on the rocks, on cactus and on living or dying trees.

The flowers of this species vary in color and shape, even when you look at a small area, neighboring plants can have flowers that are noticeably different.  When I visit the island I am always on the look for variants that I have not seen before.  In the case of this particular plant, I found it while hiking deep into the interior of the island.  The plant is growing up on a tree but the inflorescence hangs down so that the flowers are at an eye height.

The flower has an asymmetrical lip, in itself this is a curiosity,  But the main oddity is a second small half lip pointing up from the right side of the flower.  None of the other flower segments is quite right.   I was in the spot where this plant grows for only a short time, I was unable to ascertain if this was a single occurrence or that the plant produced all its flowers like this.  Given the difficulty of reaching the spot where this plant grows, it is unlikely another person has come across this plant.  If I have the opportunity I will try to return to the place to see if it normally produces flowers like this.
Posted by Ricardo at 9:13 PM