Dendrobium nobile Lindley 1830. Culture: A plant that has bec naturalized on a tree near the town of Corozal, Puerto Rico 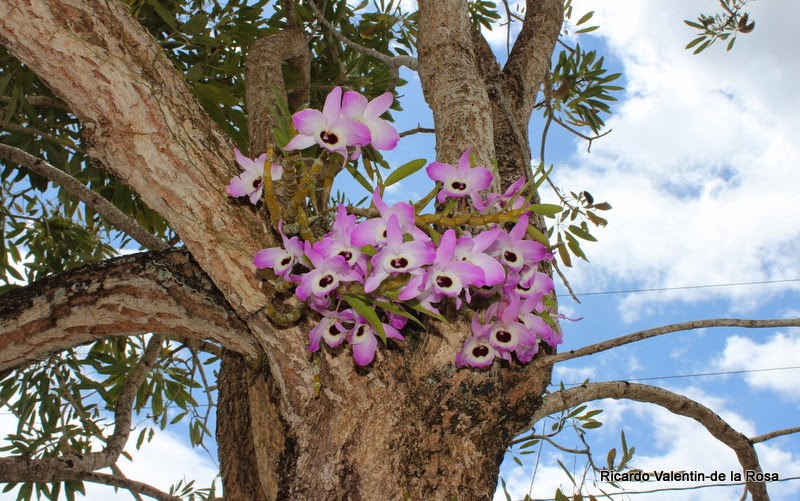 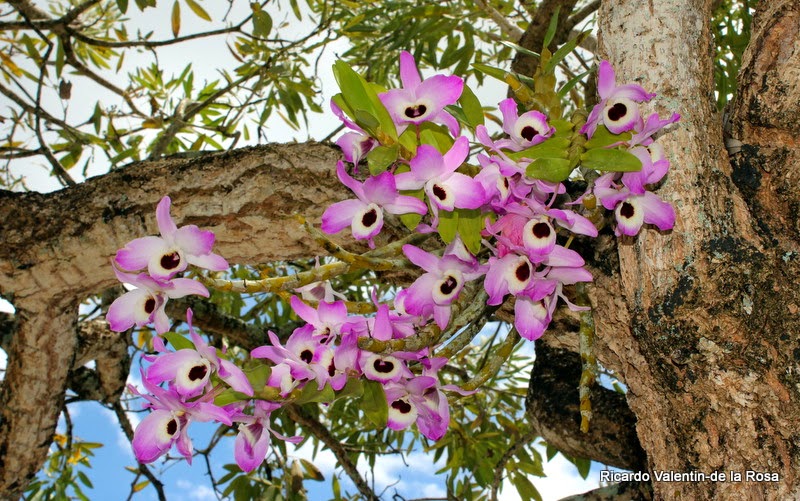 Dendrobium nobile is a species that is common in orchid collections in the Island of Puerto Rico.  Unfortunately, few people know or understand the seasonal cycle of this species.  As a result one sees many plants that are quite large and healthy and yet bloom poorly or not at all.  The most common error in cultivating this orchid is keeping it in too much shade.  This plant grows best when cultivated in strong light, it can even stand the full strength of the tropical sun.   However in nature the amount of light exposure this orchid gets varies with the seasons.  During most of the year the plant grows under a leafy canopy, but as the dry season progresses the trees in its native haunts lose their leaves an the plant is exposed to full sun.  Seasonal low temperatures and a dry spell are also elements that happen in this plant habitat that is often not replicated in captivity.

This particular plant is growing ten feet up in a tree in a fork between branches.  The canes are getting a healthy amount of  sunlight because the tree has a fairly open canopy.  The plant experiences a seasonal dip in night temperatures that resembles somewhat what it gets in its native range, although in Corozal, low temperatures normally don't often stray lower that the low sixties.   It is blooming now in what is locally the height of the dry season.

This is clone has nicer flowers than most other plants I have seen locally.  I examined this tree and others that were nearby but I didn't find seedlings.  The plant has no signs of having ever produced a seed pod.  I did find a small seedling under the plant but it was evident it was a vegetative propagation from an old cane.

It is clear the environment in this locality is favorable for the growth of this species.  I have seen even larger specimens of this orchid growing at higher altitudes in Puerto Rico.  Those plants grew well and bloomed abundantly, in contrast with the plants one often sees in the coast.  The common circumstances of the plants I have seen blooming locally is that they were all naturalized to trees in sunny areas and that they were in places that consistently experience temperatures in the range of sixty Fahrenheit or lower during the dry season.
Posted by Ricardo at 11:08 PM