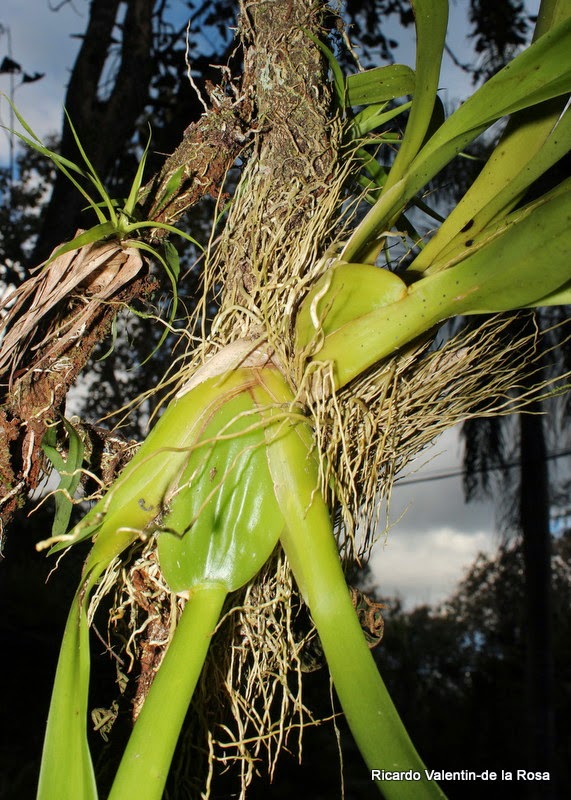 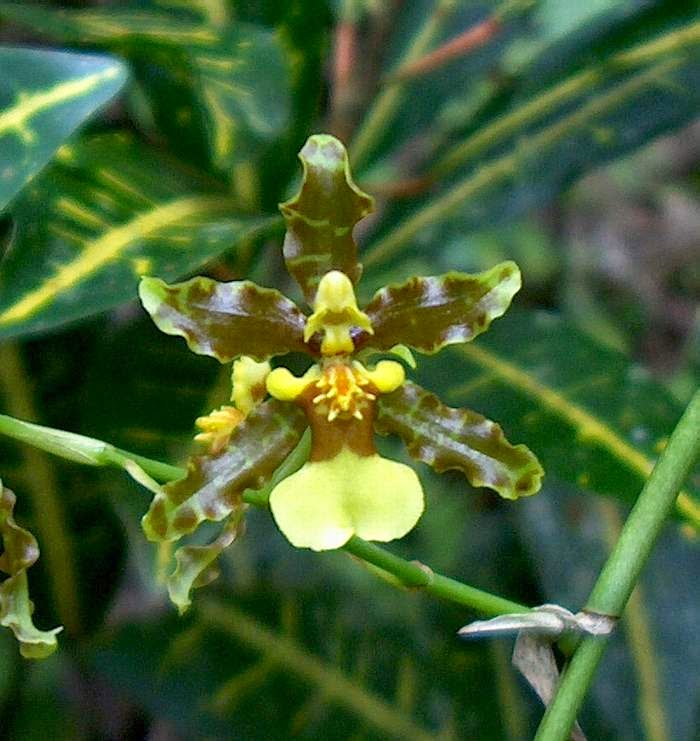 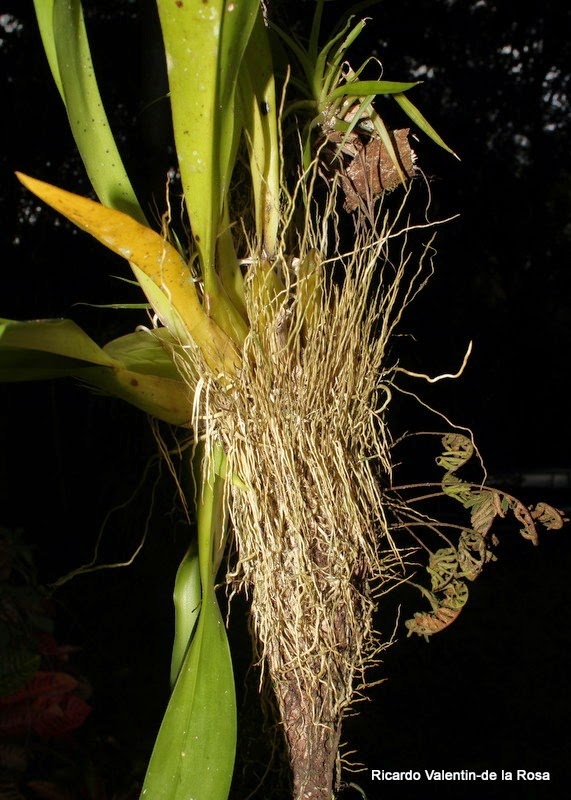 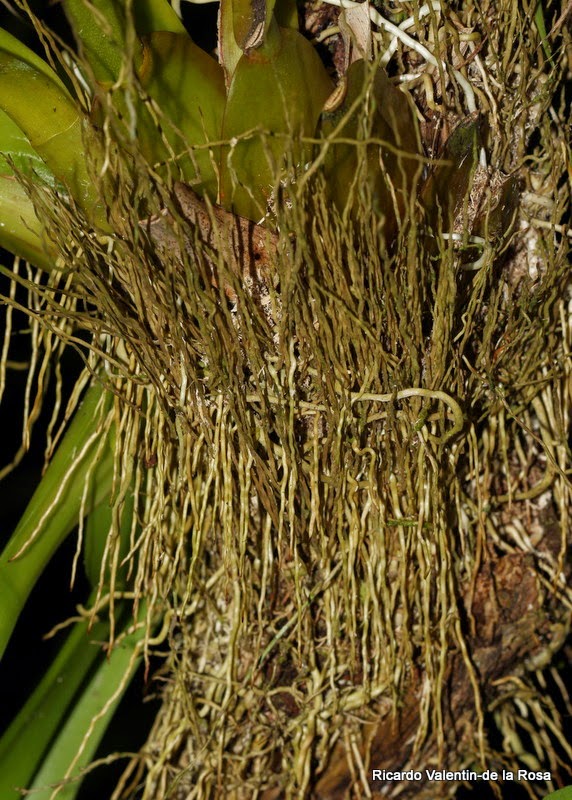 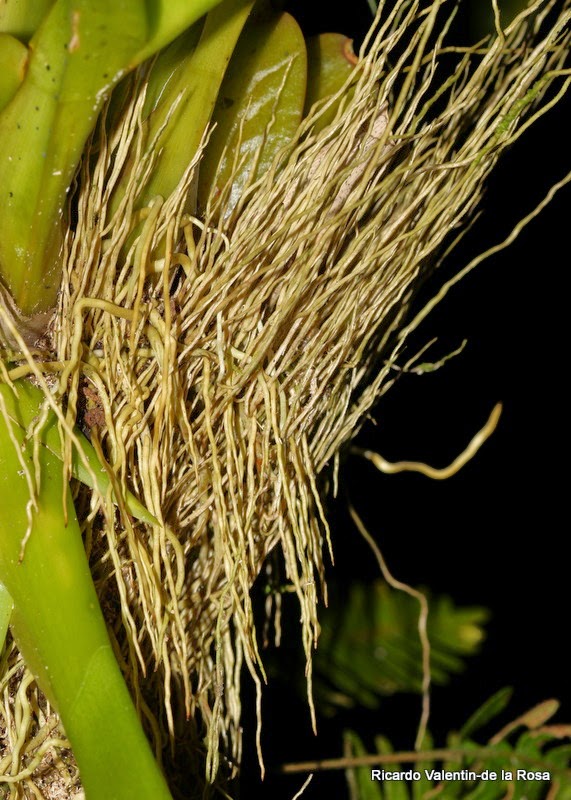 This orchid is found in the wild in Puerto Rico, the United States Virgin Islands and in several islands of the lesser Antilles.  In Puerto Rico it is widespread except for the dry regions (Ackerman 2014).  I live in a forest near the town of Arecibo,  Puerto Rico.  When I hike through the forest I often see this species growing high up in the trunks of trees.  However from time to time I find seedlings growing in less sturdy locations.

In the case of this plant, it was growing in a relatively slender branch.  As the orchid grew in size it started building its root basket.  Root baskets in orchids trap leaves and organic matter.  Each new growth adds its roots to the basket.  The moisture and nutrients caught in the root basket helps the plant survive and produce new growths.

The part of the branch where the orchid was growing died and started decomposing, but because it was covered with orchid roots it didn't fall from the tree right away.  Since the decaying part of the branch no longer had the structural integrity to support the weight of the orchid, the plant found itself hanging upside down, still attached to the tree by its network of roots.  The new growth grew in the opposite direction of the older pseudobulbs, which now were hanging upside down.  The new pseudobulb produced roots that grew in exactly the opposite direction of the old ones.  The result is the unusual root basket you see in the photo.

Eventually, the roots of the orchid that were attached to the still living parts of the branch decayed and the orchid fell to the ground after a particularly windy storm.  I found the plant by the roadside.  I took the plant to my garden to observe how it will grow now that the only support it has is its own roots.