Laelia lueddemannii naturalized in a tree in Mayaguez 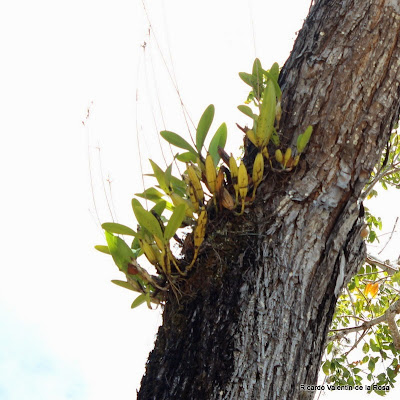 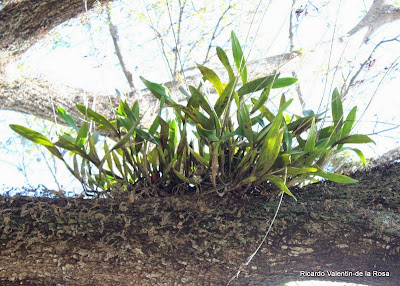 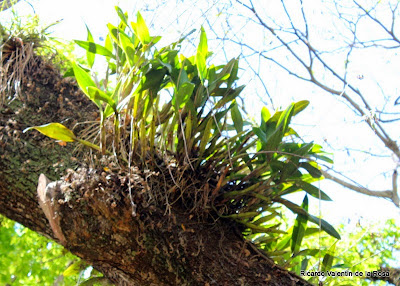 This orchid was planted on this tree in the campus of the University of Puerto Rico at Mayaguez around the middle of the twenty century.  When I first saw this plant in 1980 it was already large.  It was put there by a biology professor that kept orchids as a hobby.  In those times keeping orchids was a high class hobby as most orchids were either too rare or expensive for the general public.  As you can see from the photos I took last March, the plants are healthy and good for at least another fifty years.  By the way, they have survived hurricanes unscratched, at most just a few pseudobulbs were loosened and fell.
Posted by Ricardo at 10:55 PM

That's pretty awesome! Would love to see pics of it next time in bloom. How impressive that it's survived hurricanes, wow. :D