Nasutitermes costalis, a tropical termite, makes its nuptial flight the night of the first strong rain of May. This is in the Rio Abajo Forest, Arecibo 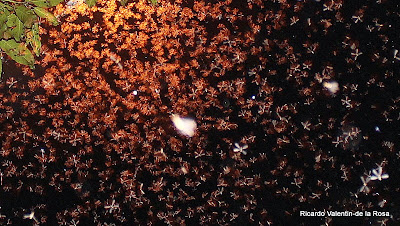 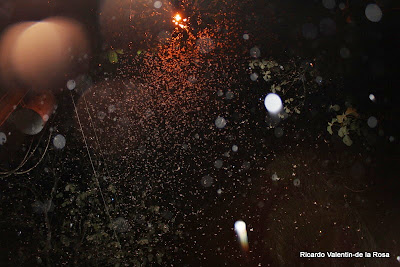 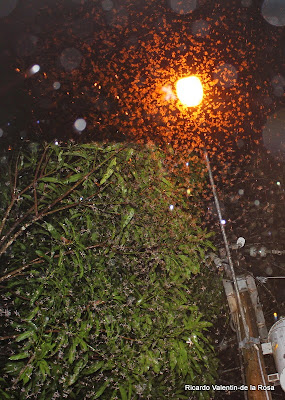 In the Rio Abajo forest, in Arecibo, Puerto Rico, the termite Nasutermes costatus is very common.  It makes its nuptial flight, when the males and females emerge from the nest to found new colonies, during the month of May.  The reproductives come out after the first strong rain of May.  It has to rain at least an inch of precipitation for the termites to come out in numbers.  If it rains less than an inch, few or none may come out.  The number of reproductives vary from year to year, this is a nuptial flight in 2013, in 2015 their number was much more modest.
Posted by Ricardo at 7:34 PM